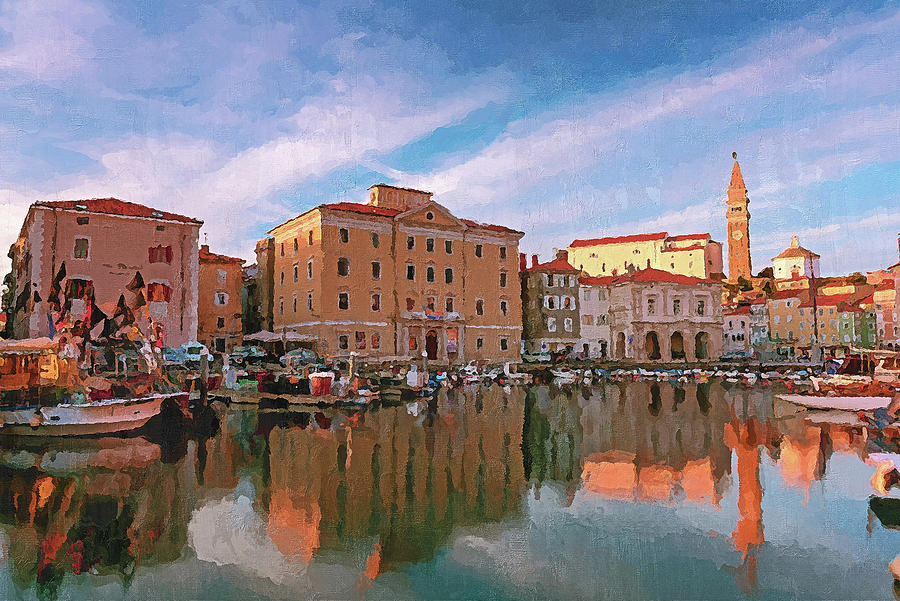 Piran town in Slovenia. The word "Piran" as a local told us means fire. However, he did not know that the ancient Greek word for "fire" once used to be written as "pyr". So, the origins of the name Piran lies to an ancient Greek word related to fire. He was not aware of that connection. Of course, how could anybody know this, if he does not know Greek?

As a matter of fact in Wikipedia refers that "the name of the town most probably originates from the Greek "Pyrrhos", which means "red", because of the reddish flysch stones commonly found in the town's area. Some historians also refer it to "pyros", meaning fire, due to ancient lighthouses which were supposed to be on the edge of the marina."

This is a more artistic look created by a photograph I had captured during my trip to Slovenia. The original photo is in my collection titled "Slovenia" but this version is digitally manipulated to resemble a painting over a canvas.

Love the reflections in the water

This is really gorgeous

Thank you, Frankie and Melinda!

Thanks a lot, David!

Thanks a lot, Alex!