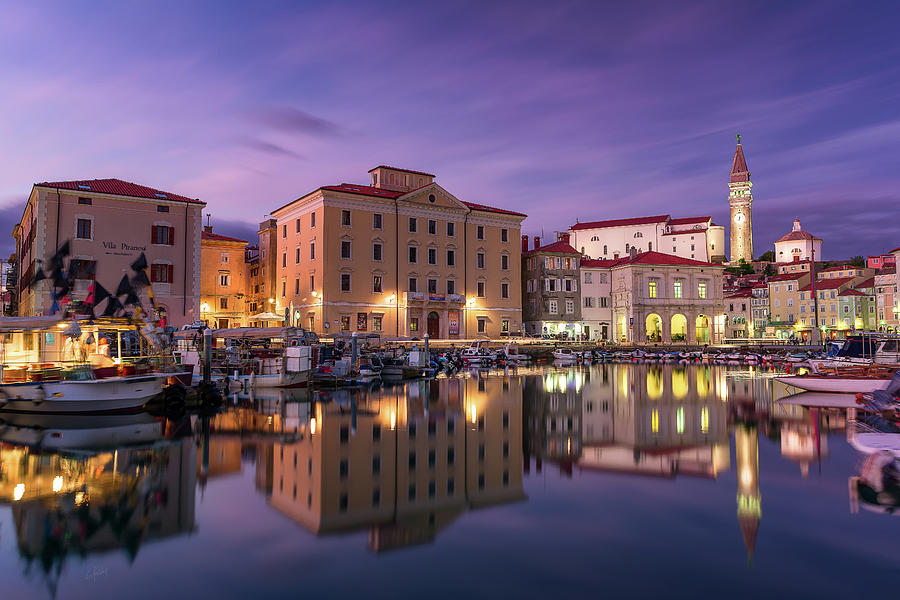 Note: The Fine Art America watermark where is present will not appear on the final print.

Actually a rare wonderful magenta-colored sky. So beautiful and so unique that is my least photoshopped picture ever. Some facts about Piran town which is in Slovenia. The word "Piran" as a local told us means fire. However, he did not know that the ancient Greek word for "fire" once used to be written as "pyr". So, the origins of the name Piran lies to an ancient Greek word related to fire. He was not aware of that connection. Of course, how could anybody know this, if he does not know Greek?

As a matter of fact in Wikipedia refers that "the name of the town most probably originates from the Greek "Pyrrhos", which means "red", because of the reddish flysch stones commonly found in the town's area. Some historians also refer it to "pyros", meaning fire, due to ancient lighthouses which were supposed to be on the edge of the marina."

Congratulations! Your fantastic art has been featured on the Home Page of the ABC GROUP from the V IS FOR VIOLET themed week, APRIL 27- MAY 4 42020. You are invited to add this wonderful art to the Features Archive Discussion in the ABC GROUP.

Fantastic news! A million thanks!

Thank you so much, Gary!

Love the deep tones of the sky and water...

Thank you, Marlin and Laura!

WOW, this is gorgeous, I love the reflections here

A great thanks, Denise!